Skate 4 is back! It is officially confirmed that the fans favorite game is happening. This has
put an end to all the rumors and speculations on this video game. There were many pleas to
EA to bring the 4th part and now it is officially announced for a comeback almost a decade
later.

Many game lovers were disappointed in not getting the new version of the game and there
was less hope for its revival but now the fans favorite being resurrected.This legendary
skateboarding game was developed by EA Black Box and was released in 2007 after it’s
successful opening it also served two parts in a year of gap. But it gathered dust after Skate
3 which was released in 2010. It had been the greatest and the classic game to play on the
Xbox 360 and PS3. But, after the confirmation, there are lots of updates coming on Skate 4
day by day. Let’s check when will should we expect the come back and what would be the
characteristics of the coming part, in detail

Release Date: Is there any announcement on the premiere
date of Skate 4?

Till now, we only got the update that the game is in development. Skate 3, the last till date,
skateboarding game received immense appreciation all over the globe, because this proved
to be a classic piece. Skate 3 opened the door of opportunities for the next part, but later it
did not get any renewal for several years. Worldwide lovers of this game left the hope as
there was less chance that EA would develop a brand new Skate game. It’s been the dream
that we would see another ultimate piece of Skate game in the coming years.

In 2020, the good news striked as there was announcement of a brand-new Skate game
which is in development.

Recently, The fans got super excited as there was a tweet of Skate’s official account
“EA shared the development process of the brand new Skate with the video. The video
teaser reveals a glimpse of modeling for Skate 4 and how it is going to be executed. What
will be the characteristics?.. and much more. The team also shared that the game is still in
the earlier stages of development and progressing gradually towards the final output. As the
development continues, we will be getting more updates in the coming months. Skate 4 is
also getting special treatment as the team opened a separate studio called “Full Circle” to
develop the game. We could not wait to see the output of such efforts and how it is bridged
in Skate 4.

When can we expect Skate 4?

The team has not shared any dates and moreover, it is known that the development is in its
initial stage. So we probably have to wait a long time. Considering all the factors, we are
expecting that it would arrive somewhere around 2022. The game may arrive early or be
delayed depending upon the factors. But it is safe to assume that the fourth part will hit in
2022. We will update the space, if anything new comes regarding release date.

On which platform can we enjoy it?

As we know that there is only an update regarding the development of the game. So we do
not have an exact idea on which platform it will come. But considering the facts and the past
trends it’s pretty confirmed that the brand new game will be on the PlayStation 5, Xbox
Series X and S consoles. EA is pushing most of their games on PC now, so it is expected
that Skate 4 will show up there also.

Is there any trailer?

The trailer was released a few days back which displayed that “we are working on it”. The
major information was not revealed in that, to tease the gamers as there was no gameplay
or cutscenes. It was about the development of the show and reactions to some handful of
people who have supposedly seen the glimpse of the game. It did not reveal much, but it
excited the hope of the gamers, who are now eagerly waiting for it’s early arrival.

We do not get any direct hints of the gameplay from the trailer, it is expected that Skate 4
skateboarding will be developed in the style of the original games. Then, what would be the
difference in this part? Based on the reaction of people who had the glimpse of the game,
we could say that one person who remarked that the first up character would be able to
climb. The players will have some ability to get off their board.

We have seen that Skate 3 had zones to use a menu to travel, so fourth one is also
expected to have a seamless playground to skate the players’ way through that feels natural.

Once we get any further details on this, we will share with you. Stay tuned for more. 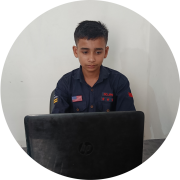 Best Online Slot – Benefits of Playing Slots Through the Internet

What Is A Survival Bow?