The native people of the Americas comprise various different cultures. Each one has its own mythology. Some are distinct but many themes are shared across the cultural boundaries. There is no single mythology of the Native American people, but different types of traditional narratives associated with religion, ethics, and beliefs. Those stories are deeply rooted in nature and are enriched with the symbolism of earth, water, fire, sky, and heavenly bodies. The Native American Mythologies have some common elements like the universal Great spirit, a belief in a parallel world in the sky, a connection to the earth and its landscapes, diverse creation narratives, and memories of ancient sacred ancestors.

A characteristic of certain myths is the close relationship between human beings and animals. They also feature shapeshifting between animal and human forms. Marital relations between humans and different species are a common theme.

Most native American myths are profound, but some contain light-hearted humor and they convey in a subtle way significant spiritual and moral messages. Allegory is often used to explore issues from love and friendship to domestic violence and mental illness.

Some myths have connections with traditional religious rituals involving songs, trances, and dances. Most of the Native American Mythologies were first transcribed by ethnologists during the late 19th and early 20th centuries. These sources were collected from elders having strong connections to the tradition of their ancestors.

These native American elders are the genuine surviving records of the ancient stories and form the basis of our discussion below.

Myths from this region used to feature female deities like Creator, Big Turtle, and First mother from whose body the first corn and tobacco grew. It also features the two divine culture heroes Manabus and Glooskap.

Myths from the great plains used to feature buffalo, which provided the people there with food, clothing, and housing. Some myths show them as benign and some others as fearsome and malevolent. The sun is an important deity for them. There are other supernatural characters including Thunderbirds and Morning star.

Their common themes include taking a journey to supernatural places across the landscapes or to the parallel world in the sky. The most well-known trickster story of the plain is the Old man.

The story goes like this: an old man waziya lived beneath the earth with his wife and daughter. The daughter married the wind and had four sons north, east, west, and south. The winds, sun, and moon then ruled the universe together.

Myths from the southeastern US

Myths from this region deal with the origin of hunting and farming and sickness and medicine. The most important practice of this region was animism. It is a strong belief that all objects, creatures, and places have a soul. Most disease, death, or misfortune was associated with the failure to put the soul of a dead animal to rest. Many rare materials found with the death of this region suggest that they believe in a sort of afterlife.

There was a time when all creatures lived in a place above the sky called Galunlati as there was no earth. Then everything below was only water and then Galunlati got too crowded and creatures sent water beetles to find a new place for them. He dove down into the water and brought a bit of mud to the surface. The mud spread in all directions and became an island.

The Great spirit secured the island by tying it to the vault in the sky. This story is very famous among the Native American Mythologies.

Myths from California and Great Basin

These myths are dominated by the sacred creator coyote. Other important characters include Star woman, Darkness, and Sun people. There are some distinctive ceremonies of this region which include funeral customs and commemoration of the dead. When death used to occur in a house, it would be burnt down and there would be bans on speaking the name of the dead.

Another ceremony that takes place when adolescents hit their puberty stage. Girls suffer from a series of grueling tabs when their first period starts, then it is followed by a celebratory dance when it ends.

Myths of this region tell the story of the first human being emerging from an underworld to the earth. As per Hopi and pueblo people, the first beings were the sun. The two goddesses were Hard being woman and spider woman. These goddesses created living creatures and human beings. Other themes include the origin of horses, corn, and tobacco and the battle between summer and winter. Some stories also speak about parallel worlds in the sky and underwater.

Myths of the plateau region

This region expresses people’s spiritual feelings for the landscape and also highlights the importance of treating the animals with respect to whom they depend for food.

The myths lie in the region of Tundra, snow, and ice. Stories feature moon, winds, and giants. Some stories say that Agnuta is the supreme being who created the Earth, sea, and heavenly bodies. His daughter Sedna created plants, animals, and other living beings.

In the myths of this region, the dominant sacred trickster is Raven who brought daylight into the world and appears in many stories. Myths of this region explore people’s relationship with the coast and river.

Crystal skulls are human skulls made of milky white quartz. These are pre-Columbian Mesoamerican artifacts.  The skulls appear in Germany at workshops in the town of idar oberstein, well known for crafting objects made from Brazilian quartz in the 19th century.

Those skulls present in an assortment of popularizing literature, that legend of crystal skulls with mystical power figures in Native American Mythologies and spiritual accounts. 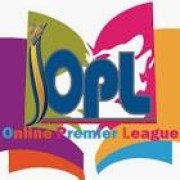 LED Lights and Its Benefits

Pleasant Venue to Host a Destination Wedding in Udaipur

how to hire a Knee injury claims specialist