Interesting Facts You Should Know About Canada. Canada is one of the best countries in the world, especially when it comes to education. However, the Great White North also has many other things that you might not know about. Here are some interesting facts about Canada which you should know about before booking your flights to Canada. After seeing these facts, you might now see Canada in a whole new way.

Canada is The Largest Producer of Maple Syrup

It is one of Canada’s most interesting facts, which many people are unaware of, even the Canadians. For all the good reasons, maple syrup has become a Canadian stereotype. Quebec solely holds 70% of maple syrup output in Canada. No other country has such an excellent quality of maple syrup content. It is highly recommended to all travelers visiting Canada to try out the maple syrup produced in the city.

Santa Claus is a popular figure in western culture. Greek, Dutch and British culture influenced the modern version of Santa. However, Santa is closely linked to Canada because the country extends into the North Pole. Every year during Christmas, over 1 million letters are addressed to Santa Claus. Many travelers book their flights to Canada to write letters to Santa and then mail them to the North Pole from here.

Canada is the Most Educated Country in the World

Canada is the country with the highest literacy rate in the world. It recognizes the importance of quality education, and it is perfectly reflected in its people. Almost over 56% of Canadian adults hold a college degree from a reputable institution. Canada also has the highest educated adults proportion amongst the developed nations. After Canada, Japan comes with a 50% education rate, followed by Israel with 49.9%.

20% of Canada’s Population is Foreign Born

Canada is internationally recognized as a multicultural nation. According to the Statistics of Canada. Almost seven million Canadians were born in a different country. This makes Canada the most diverse among all the G8 nations. The majority of Canadians are conducted in British Columbia, Ontario, Quebec, and Alberta. For educational context, the population of Canada was 37.06 million in 2018.

Canada has Less Gravity Than Anywhere Else In The World.

In the Hudson Bay region, the average resident weighs an ounce less than anywhere else. It all goes back to the last ice age, which ended almost 11,000 years ago. During this period, much of Canada was covered by a giant glacier called Laurentide Ice Sheet. So when the ice began to melt, the earth below the earth began to spring back slowly. But the Hudson Bay region is still deformed till the present time, and this explains why you will weigh a little bit less in Canada. How about you book your flights to Canada to check your weight in Canada. Interesting Facts You Should Know About Canada.

Canada Has the World’s Longest Coastline

If you anytime plan to walk the length of Canada’s coastline, then you might need four and a half years to walk the length without any food or drinks break. Canada has the most extensive coastline globally and is bordered by The Atlantic, Arctic, and Pacific ocean on its three sides. It holds about 202,080 of the world’s total 356,000 kilometers of oceanfront property. The only other country that reaches close to this calculation is Indonesia which has 54,716 kilometers of coastline.

Canada has the Only Walled City in North America.

Quebec city of Canada has an exceptional feature which makes it a unique town in Canada. Its uniqueness is that it has walls, and it is the only city that still has fortified walls—first, the French and after that English built this Quebec City’s in the 17th and 18th centuries. Since then, it has been declared as the World Heritage Site by UNESCO. Also, Quebec City of Canada is amongst the best must-visit places.

One of Canada’s fascinating facts for all the adrenaline junkies out there is that If you are planning to swim in the waters of Canada. Be sure that you wear a life jacket because the Discovery passage stretch has the strongest tidal currents with flood speeds of 17km/hr. This makes swimming not less than a challenge in Canada.

European Union is smaller than Canada.

Canada’s vast land area is mainly hard to comprehend for the ones who haven’t experienced it. So before booking your flights to Canada, here are some to put this fact in a much larger perspective. Canada is more significant than the entire European Union and is more than 30% larger than Australia and three times big than India. So inappropriate words, it can be stated as Canada is much bigger than many countries and is a super-sized country.

Canada’s Lowest Recorded Temperature was as cold as Mars.

It is the least surprising fact that Canada can get pretty cold in the winter season. But you might not be aware that the lowest temperature recorded in Canada was similar to that on the other planet named Mars. The average low temperature in Ottawa’s month of January was -14.4 degrees Celsius, which is extremely cold. In a small village of Canada named Snag, the lowest temperature recorded was -63 degrees Celsius which was hardly the same as on Mars. So get ready to be bitten by Canada’s cold weather conditions if you plan to visit it during the colder seasons.

Whenever you plan to book your flights to Canada, it is best to book your flights from a renowned and trustworthy website. MyTicketsToIndia is a popular air ticket booking website that provides affordable flight fares to several international destinations, including Canada, Australia, UK, the USA, etc. On their website, you will spot many flight deals and discount opportunities that will make air travel easy on your pockets. Whether it’s about flights to Canada or any other destination, they ensure to provide you the best prices possible. 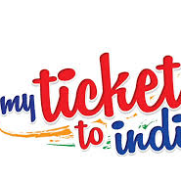 When will it be possible to travel to the United States again?

9 tips for traveling to Marrakech

Guide for A Relaxing Weekend and Things to Enjoy