Boston is one of the most historic and iconic cities in the United States. Founded in 1630, it was the site of several key events during the American Revolution, including the Boston Tea Party and the Battle of Bunker Hill. Today, Boston is home to a diverse population of over 700,000 people. Here are some Best Places To Visit In Boston. Visitors to Boston can enjoy a variety of activities, from exploring the Freedom Trail to cheering on the Red Sox at Fenway Park. Whether you’re interested in history or just looking for a great place to visit, Boston has something for everyone.

So here are a few adorable and some must-visits that you should not miss when you are in Boston.

The Freedom Trail is a 2.5-mile-long path that winds through the heart of Boston. It is one of the most popular tourist attractions in the city, and for good reason – the trail tells the story of the American Revolution, from the Boston Tea Party to the Battle of Bunker Hill. Along the way, visitors can see iconic landmarks like Faneuil Hall, the Old State House, and Paul Revere’s House. The Freedom Trail is also a great way to get a feel for Boston’s history and architecture. With so much to see and do, the Freedom Trail is a must-do for any visitor to Boston.

Fenway Park is one of the most iconic baseball stadiums in America. Opened back in 1912, it has become famous for its unique architecture and rich history. Its famous Green Monster wall along the left-field line, originally built to combat growing concerns about home runs, is now a must-see part of any visit to Fenway. And its location in the heart of Boston, nestled on busy Lansdowne Street, adds another level of interest and charm to this legendary stadium.

However, what many people may not realize is that this historic park has also served as an important center for sports innovation throughout the years. Whether you’re a lifelong baseball fan or just looking for an offbeat travel destination, this legendary stadium is sure to delight and inspire. So if you’re ready for some old-fashioned American fun, why not head over to Fenway Park and find out what all the fuss is about?

Faneuil Hall is one of Boston’s most iconic landmarks. Built-in 1742, it has served as a marketplace and meeting hall for centuries. Today, it is a popular tourist destination, known for its lively atmosphere and rich history. Faneuil Hall was originally built as a market for Boston’s merchants to sell their goods. However, it soon became a popular gathering place for political speeches and protests. In 1773, it was the site of the famous “Boston Tea Party,” an event that helped to spark the American Revolution. Faneuil Hall remains an important symbol of American liberty and independence. Visitors can explore the hall’s many shops and restaurants, or take a tour of its historic chambers. Whether you are looking for a bite to eat or a piece of American history, Faneuil Hall is sure to have something for you.

The Bunker Hill Monument is a popular tourist destination in Massachusetts. The obelisk commemorates the Battle of Bunker Hill, one of the first significant battles of the American Revolution. Visitors can take an elevator to the top of the memorial for panoramic views of Boston and Charlestown. The Bunker Hill Museum is also located nearby, and it tells the story of the battle and its significance in the history of the United States.

The Museum of Science in Boston is one of the world’s leading science museums. With over 500,000 visitors a year, it is the largest museum of its kind in New England. The museum’s exhibits cover a wide range of topics. It has it all, from the basic principles of physics to the latest developments in genetics. In addition to its many permanent exhibits, the museum also hosts a variety of temporary exhibitions and events. Whether you’re interested in exploring the universe or learning about the human body’s inner workings , you must come here. The Museum of Science is sure to have something that will capture your imagination.

It is also known as Christ Church in the City of Boston. It is a historic church located in the North End neighborhood of Boston. Built-in 1723, it is the oldest surviving church building in Boston and one of the oldest surviving churches in the United States. It is best known for its role in the early days of the American Revolution. It acted as a signal lantern to warn colonial militiamen of approaching British troops. Today, Old North Church is a National Historic Landmark and an active Episcopal parish. Visitors can tour the church, attend services, or simply enjoy the views from its iconic steeple.

When you go to book your flight tickets, you can even look for Delta Airlines Vacation Packages.  This will definitely help you minimize your expenditure on your travels. 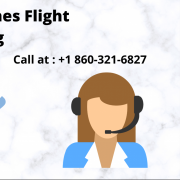 How Much Time Is Required for Your Vehicle Servicing?

Best Places to Visit in Saskatoon